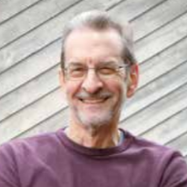 Like many retirees, David Gojdics chose to use his free time to help others. A member of Corpus Christi Catholic Church in Stone Mountain for more than 20 years, David was especially interested in the vital work of soup kitchens. He had already volunteered with Open Door Community , when he happened to attend Mass at the Catholic Shrine of the Immaculate Conception and learned about St. Francis Table. He soon got involved and committed to this soup kitchen ministry where volunteers prepare food for 300-500 homeless and hungry people every Saturday.

As a volunteer for St. Francis Table, David Gojdics would arrive at the Shrine in downtown Atlanta early on Saturday mornings. At 10:00 a.m., David and his fellow volunteers would welcome the hungry into the Shrine, serve them food, and talk with them. David’s son Brad described his father as an intellectual person – quiet, friendly, but not very outgoing. Yet, he opened himself up to the homeless, serving alongside them. Monsignor Henry Gracz, pastor of the Shrine, remembers David Gojdics and his commitment to the ministry. “St. Francis Table requires a core of steady volunteers, and people like David and about ten people around him were so regular that it allowed the Table to offer the great hospitality that it is known for – the service to the needy and the hungry.”

David’s commitment to St. Francis Table inspired him to find a way to continue supporting the ministry after he died. In 2014, David Gojdics created a permanent endowment fund at the Catholic Foundation for St. Francis Table with a gift of $25,000. At that time, he was recognized as a member of the Deo Gratias Society. He also decided to create a lasting legacy for this critical ministry, by including a generous bequest in his will. In 2016, after his death from brain cancer at age 74, his estate completed his gift with a contribution of $161,871 towards the permanent endowment for St. Francis Table. Going forward, this gift will generate thousands of dollars annually to help feed hungry Atlantans.

This one volunteer’s legacy gift will impact the poor and underserved for many years to come. His son Brad, who was very close to his father, said he was proud of his dad’s gift to St. Francis Table: “I’m glad to see something good will come out of it.” Speaking of David Gojdics, Monsignor Gratz said, “It is that openness of heart, and the services and resources that he left behind that were such a great gift.”

If you too would like to provide lasting help to feed the homeless in Atlanta, please consider a gift to the St. Francis Table Endowment Fund, the John W. Shadix Endowment Fund, or the St. Marianne Cope Fund for the Homeless.